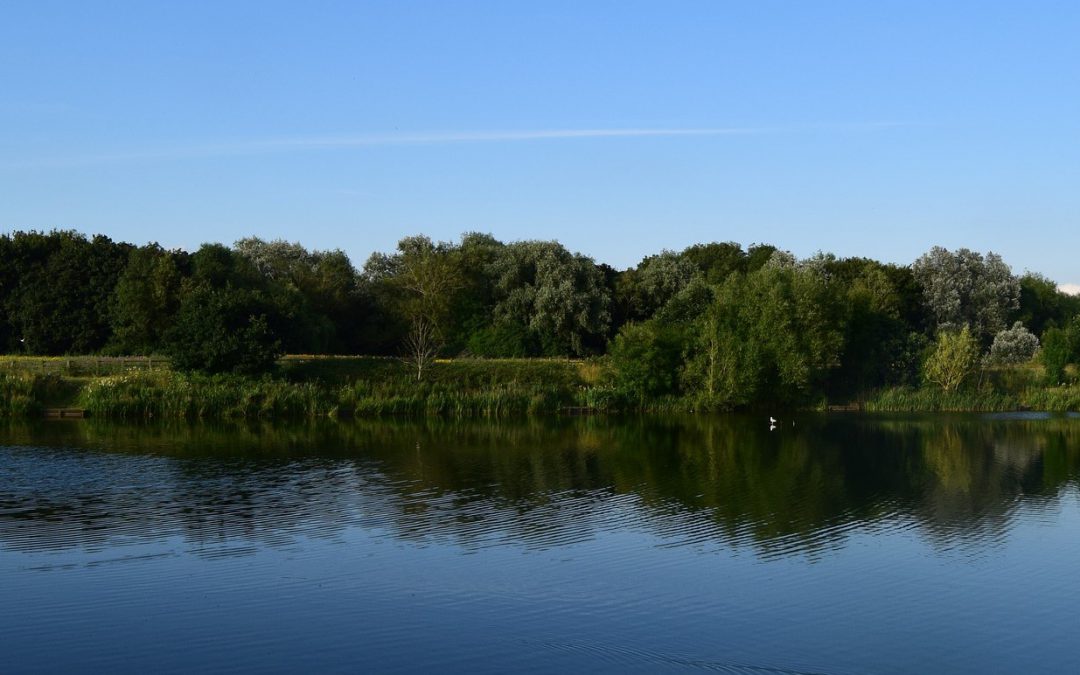 The MK9 design studio is based out of Milton Keynes in sunny Buckinghamshire.  The majority of our team have either  relocated to the area,  or are commuting in from different corners of the UK.  Each of us relying on this tidy town for employment. With our unique perspective we have to say… we’re quite keen on Keynes!

It’s been said that Milton Keynes has a bad reputation, often mocked for it’s roundabouts and Canadian concrete cows.  Here at MK9, we believe that Milton Keynes is a great place to live and work, with plenty of inspiration for innovative design.

Built in 1967 as an attempt to rebuild Britain after the damage caused during the second world war, Milton Keynes was created to reduce the amount of congestion in and around London. Positioned right in-between London, Birmingham, Oxford and Cambridge the centralised location makes Milton Keynes easily accessible. It offers a great location  for those looking to move out of London, into one of the many commuters towns.

As designers, what we love is how well Milton Keynes is designed. You can tell the layout of the town has been intensely thought through to make life a little easier. We have Derek Walker, “the father” of Milton Keynes , to thank for this!

Walker’s vision was to create a “new” town that was open and diverse, with “ultra convenience”. Grid roads that are sprinkled with a handful of roundabouts (124 to be precise) make for a easy navigation and as planned, are more inviting roads for new comers. Getting lost has never been so stress free! 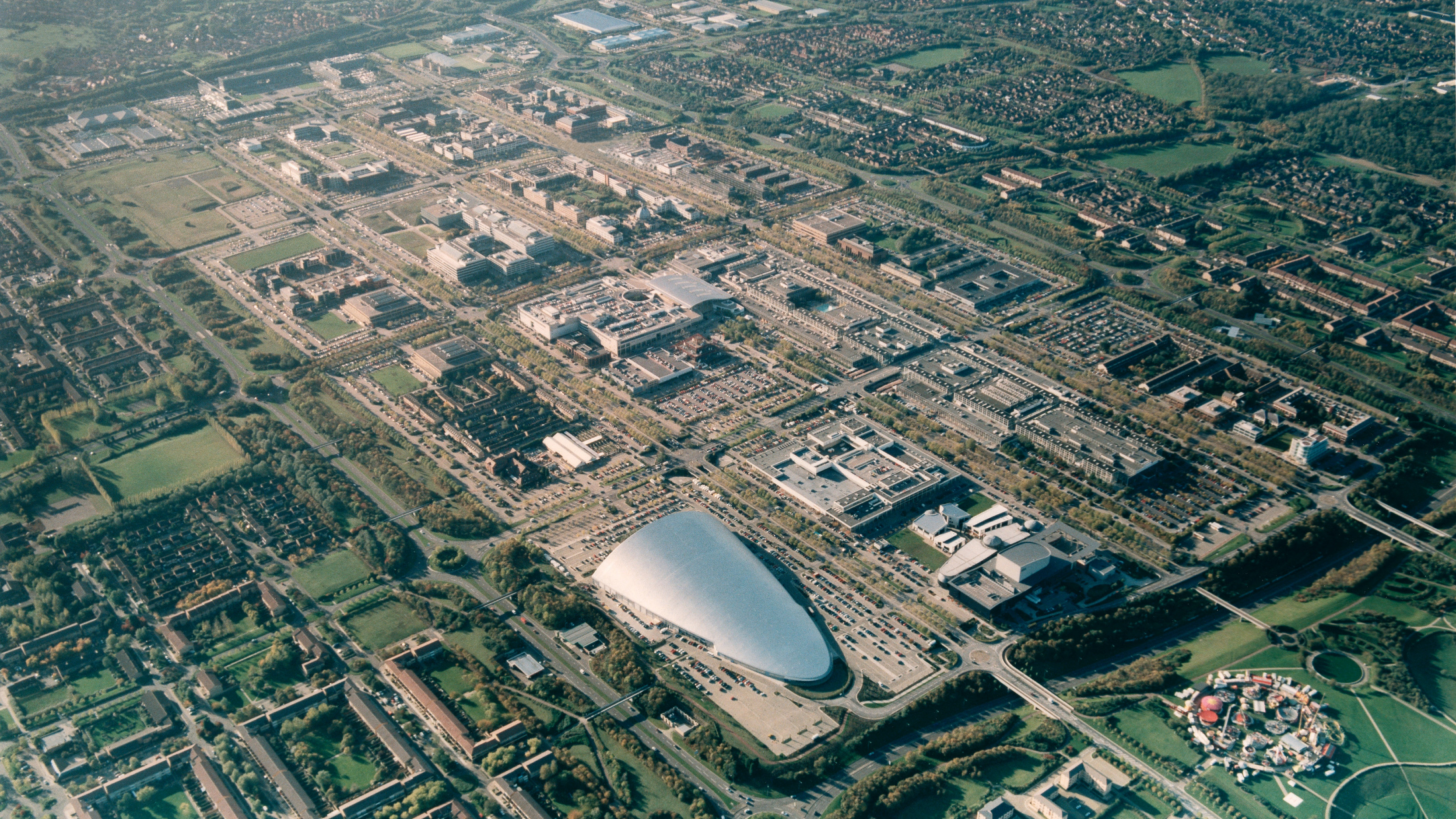 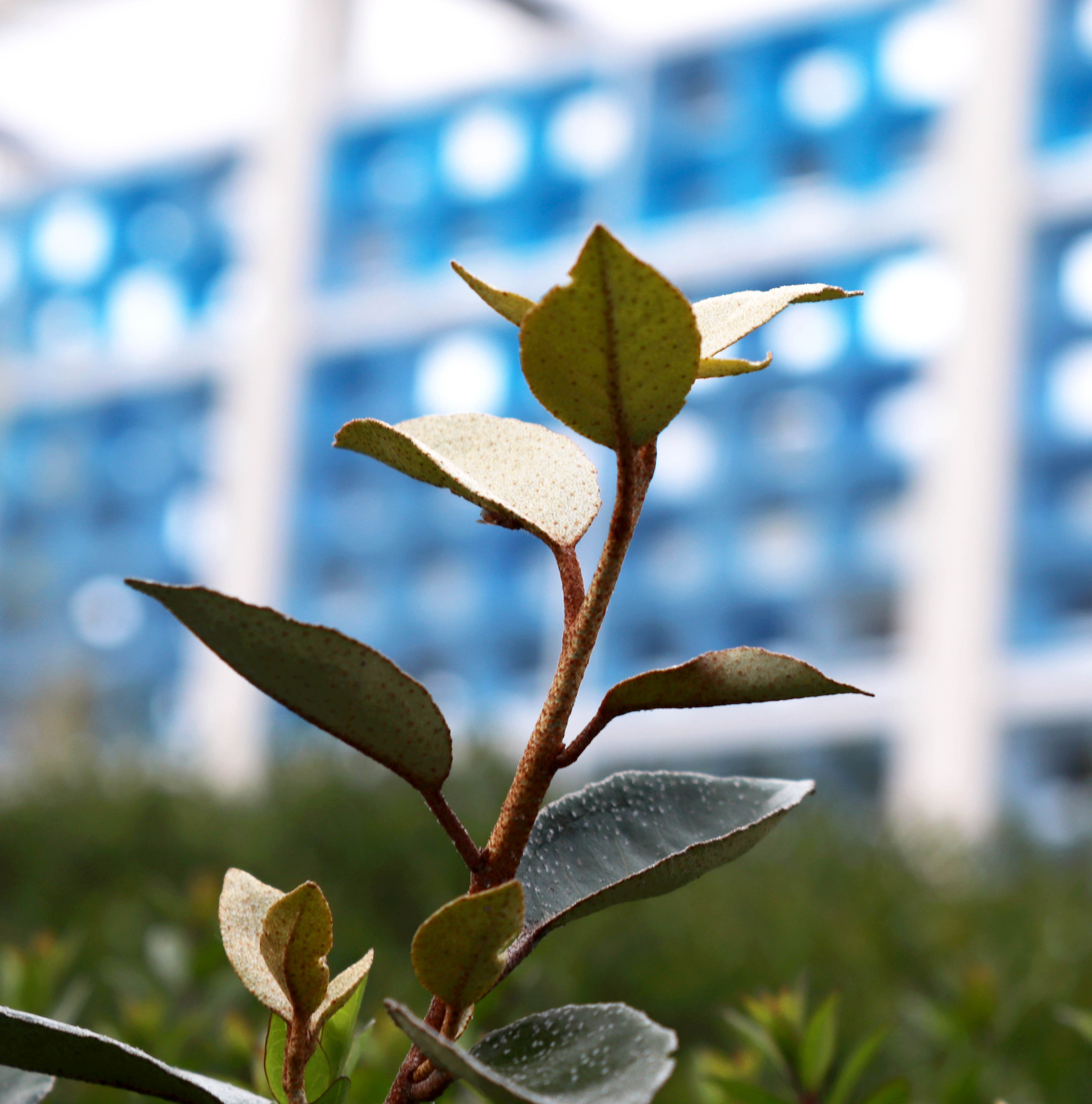 With over 22 million trees and shrubs planted in the town, it is an urban Eden. Walker wanted Milton Keynes to be a “city greener than the countryside around it”. Most of the buildings are no taller than the tallest tree, and with large  roads, the streets have been designed to feel open. Light fills the environment and the grid roads even mimic the sun framing of Stonehenge. The town has a harmony with nature like no other town in the UK.

There is 186 miles of cycle paths, an abundance of lakes and a park just around every corner.  The town has been designed to give it’s residents a great quality of life. With over 200 public works of art scattered amongst the towns parks and business centres, the landscape is an endless treasure hunt for art and nature lovers alike.

With the first ever multiplex cinema and covered shopping centre in Britain, the town oozes convenience and practicality.  Not only is the shopping centre sheltered and warm, it is also filled with exotic plants and trees.

During the winter months the centre offers a comfortable, green space to forget about the piercing wind and endless rain outside allowing you to be transported to a land of tropical greenery.

With an abundance of shops and restaurants the centre also has a variety of outside areas, where you can find the first ever infinity pool in the UK! When the sun finally does come out, we enjoy nothing more than being amongst this unique feature in a light open space.

One of Milton Keynes most unique features is it’s peace pagoda, built by the monks and nuns of the Nipponzan Myohoji.

A peace pagoda is a Buddhist stupa, designed to inspire peace amongst all races and creeds in the community. This monument captures the inviting nature Derek Walker wanted to inject into the town. Milton Keynes truly is a place to be proud of!

Although named as “the doomed apotheosis of the fossil-fuel society” by the architecture critic Owen Hatherley, Milton Keynes is more eco-friendly than it might look.

As mentioned previously, there is an large number of parks in the town. In fact, wherever you are you in Milton Keynes you are no more than half a mile away from a park. Trees do a great job of reducing the C02 in the air, creating a better quality of air for the residents, while also providing a habitat for local wildlife.

As well as outside, greenery finds it’s way inside too. In 1988 Frost constructed the winter gardens; an Oasis of tropical plants and trees with its own micro climate that supports a collection of common pests such as aphids, red spider mites and mealy bugs. The garden is so beautiful it was even used as a backdrop in the film Superman IV in 1987!

The winter gardens is another example of how Milton Keynes provides an array of facilities to make living here more comfortable. Plants have an number of qualities that help to relax and increase your quality of health. Reducing the pollutants and C02 in the air, the gardens also offers a moment to escape for those busy professionals that work close to the gardens. If you’re feeling stressed, this is the perfect place to unwind during your lunch break!

I expect if you were going to take a look you’d most probably walk there? This should be easy as Milton Keynes has been designed to be as pedestrian friendly as possible. Although it might seem like endless amounts of car parks, the town is incredible assessable on  foot and by bike. There are no steps, making it easy for disabled resistance to get about, while Underpasses are open and well-lit to make residents feel safe and more inclined to walk than use a car.

The attention to detail is ripe in the design of Milton Keynes, so many elements that you might have not have noticed have been sculptured to make living here as convienient and comfortable as possible. The train station is positioned directly adjacent to the business centre, allowing visitors to quickly find their way. A large number of car parks provide electric car charging stations, for the more eco-friendly drivers.

So much thought has gone into the execution of the town to make all victors and occupants feel considered and their needs met. Milton Keynes is a prime example of how good design makes life easier, whether you find it beautiful or not. Milton Keynes is accessible, and “accessible design is good design” (Steve Ballmer, American businessman and former CEO of Microsoft.)

As residents, we can see and appreciate all of  the thought and creativity that has gone into creating this tidy town.  Having such a wealth of design inspiration all around us, is something we’re incredibly grateful for.

We use cookies to ensure that we give you the best experience on our website. If you continue to use this site we will assume that you are happy with it.Ok